I recently posted a piece about working with music museum Curators. I talked about how I, a lowly, low-paid, Visitor Services Representative at Seattle’s Experience Music Project, once tried to save a Curator’s tail, after he made a serious error. He wouldn’t take the lifeline I offered, due to well, egotism. Let’s just call a spade a spade…. However, I was able to help a Museum Exhibits person at EMP (now called MoPop). She was not above accepting a helping hand. — It takes a wise person to admit they don’t know it all, and to let someone help them, once in a while. And that goes for me, too.

On a spring day in 2004, a day in May, actually, I was assigned to the Compaq Digital Lab Assistant position. (We were given a different assignment every day.) Folks would come in and view our digital collection on computers. (The Lao has been removed, now that the museum has been rebranded as “MoPop”. Sounds like a breakfast cereal, to me.) Anyway, if anyone needed help in the Lab, they would find me sitting on a tall stool behind a little podium, just waiting to be of service. I had, in fact, worked in the Lab on the preceding day. Near the end of that day, when there were no visitors present, a Museum Exhibits person was working, installing labels underneath fantastic photos of 25 classic jazz musicians. The architects of jazz were being featured in the architectural wonder that was EMP. Attendance in the Compaq Digital Lab had been rather low. Not a lot of people wanted to look at our artifacts on computer screens, as opposed to seeing them in reality, in our galleries. (Although I did host Weird Al Yankovic in the Lab one day, and he had a bang-up time! As did I.) Anyhoo: the Powers That Be decided to mount a photography exhibit in the lab, as its walls were just crying out for something like that. So, 25 of the best portraits to be found were soon hung on the walls. I watched that happen; then I watched as Ms. D, the Museum Exhibits person, labeled the photos, until it was time for me to end my shift and go home. I said my goodnight to Ms. D, who, presumably, worked through the evening, in order to get everything just exactly perfect. — The labels were the finishing touch on the exhibit, which would open the next day.

The following morning, I was once again assigned to work in the Digital Lab. The first thing I did upon entering the Lab, after powering up two dozen computers, ensuring that each one had working headphones, and making sure all the wires were in place, so no one would trip over them, was to critique the jazz photography exhibit. You see, Ms. D had mentioned to me that the exhibit was not exactly the easiest one she had ever worked on. I wasn’t sure what she meant. But being the low-paid, high-skilled employee that I was, I thought I would give the exhibit a good going-over.

And sure enough, I soon noticed a major problem. Some of the photographs were mislabeled. That is to say, some of the names which Ms. D, the Museum Exhibits person had placed underneath them were wrong! 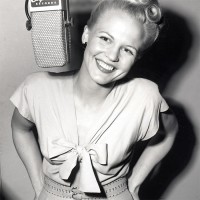 Peggy Lee. The one and only.

If I remember correctly, she got the names of the female performers right, because even a casual fan or neophyte can tell Peggy Lee from Ella Fitzgerald, without too much trouble. But I found that six of the eighteen male performers’ labels were switched up.

I grabbed a sheet of paper and wrote down the correct names, in their correct order, and waited to give my list to someone, if I was able to, before we opened to the public in about an hour. I wasn’t about to see Experience Music Project embarrassed over something like this. But, I couldn’t just walk up to the photos and start moving the labels around. Only a Museum Exhibits person could do that.

Well, thankfully, Ms. D walked in, all perky and up-tempo. She exclaimed, “Hi, Randy! How do you like the finished project?” To which I replied, “Houston, we have a problem”. I handed her my list. I said, “I’m afraid six of the photos need to have their labels changed. She gave me one of those confused looks. I pointed toward the south wall, where Thelonious Monk’s glorious photo was mounted, and said, “That is not Lester Young. It’s Thelonious Monk”. I pointed to Lester’s portrait and said, “That is not Dizzy Gillespie, it’s Lester Young”. And so forth. Ms. D, the nicest of all EMP Museum Exhibits persons, said, “Oh, thank you Randy! You saved me! The New Boss is doing a walk-through in half an hour with Bob and Jim!” Well, the New Boss was a man whom, it was rumored, was hired to “help EMP move forward”. That type of euphemism always means: “cut staff”. Bob (Bob Santelli, current the Grammy Museum’s Executive Director) was second-in-command; Jim (Jim Fricke, now the Curatorial Director at Harley-Davidson) was Head Curator. Ms. D quickly corrected her labeling errors, stood back and admired her work, gave a heavy sigh, smiled, and left.

Shortly thereafter, New Boss, trailed by Messrs. Santelli and Fricke, strode into the Digital Lab, where I was seated behind my little podium, looking so professional. Bob and Jim immediately wished me a good morning. New Boss never looked at me, made no eye contact, and did not address me. The three examined the new exhibit, seemed to admire it (they made no changes; they made no derogatory comments), and they soon left. Bob and Jim, who knew me and my work, said “Goodbye”; New Boss just exited.

Soon, guests began pouring into the room, having noticed the colorful banners announcing the new “EMP Jazz Masters Photography Exhibit!” Everyone enjoyed the photos; not one person approached me to say, “Hey, that’s not Benny Goodman!” Because it was Benny Goodman. It was the Pres (Lester Young). It was Thelonius Monk. I know Thelonius Monk when I see him…. 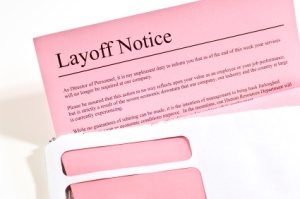 Two days later I received my reward for saving Ms. D’s act, not to mention, EMP’s reputation. My manager informed me that I was “affected by the latest layoff”. She gave me a choice of going home then, or finishing the three hours I had left on my shift. I said, “I would love to go upstairs and finish my shift”. She said, “OK, would you mind stamping hands?” I said that would be fine. I went to the beautiful Sky Church, which was named to pay tribute to Jimi Hendrix. He once performed as Jimmy James. In the Velvet Illusions, I was Jimmie James. So this Jimmie James went upstairs and stamped hands, as people entered the museum for the last three hours of the day. I gave everyone an extra warm welcome. I said, “Just look for anyone wearing a shirt like mine; and if you need anything, they are there for you.” They probably never knew that half the people saying “Hi” to them were working their last shift. We VSR’s weren’t that way.

I was the beneficiary of one of God’s little graces during those last three hours. Months earlier, I had given a CD to my beloved coworker, Neal Kosaly-Meyer. He was involved in a project he had conceived; that of putting new sounds onto the Sky Church sound system, so visitors would always have fresh, excellent music, of all genres, to accompany their Sky Church visit. I had given him a Boukman Ekperyans CD. The Haitian group played some of the best music around. But I had never heard any of my CD played over the automated sound system. Not one cut. — On my last day, on my last shift, during my last hour, I suddenly heard the sounds of Boukman Ekperyans’ “Ke M Pa Sote”,  flooding Sky Church with its glorious tones.

Near the beginning of my story, I mentioned Weird Al Yankovic. — Weird Al was very shy when he visited Compaq Digital Lab – until I said, “By the way, you’re my hero”. It looked like fireworks went off in his eyes! He pepped-up immediately, and we had a great visit, for a good half-hour.

I’ll leave you with two pieces of music, “for your listening pleasure”. The first was recorded by Thelonious Monk; the second by Boukman Ekperyans, which while not exactly jazz, it comes from the same source: Mother Africa.