Right around 1965, I met a beautiful young, Yakima, Washington girl named Louisa. Louisa was actually featured on the cover of Seventeen Magazine. I remember how four of us teens — Louisa, myself, and another boy and girl, went driving around our little town on a summer’s eve. Louisa seemed very kind, soft spoken, polite. She also seemed to be a little lonely. She said she lived with her aunt. Her aunt didn’t allow her to associate with boys. She was taking quite a chance, just riding around with us.

We didn’t make any mischief at all that night. We simply drove around town, and enjoyed being together in a foursome. Over the next few months, I didn’t run into Louisa at all.

However, on one very sunny Yakima day, I was walking a few blocks outside of my normal route, when I suddenly saw Louisa run out of a cute little house, which was surrounded by a white picket fence. She waved at me, called me over, and said, “You look warm. Want a Coke?” Glad for the chance to visit with Louisa again, I said “Yes!” So she led me into her house, and on into the kitchen, where she took a couple of Cokes out of the fridge, and handed me one.  My sixth sense kicked in. I could tell Louisa was lonely and needed to talk. We popped the tops off our cool drinks; we were just starting to relax and have a conversation, when all of a sudden a car pulled into the driveway. Louisa told me to run! Her aunt was home! I headed out the door, while her aunt, a tall, athletic, fairly-young woman, ran after me, yelling and swearing all the way. I barely managed to outrun her! — We were just having a Coke…. 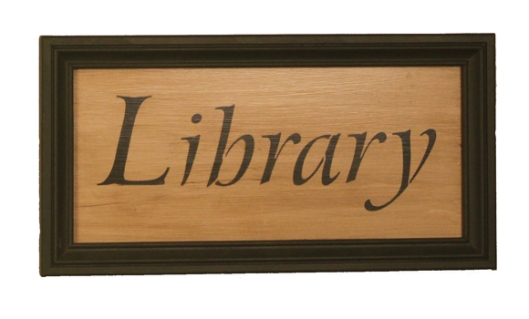 I never saw Louisa again, in person, that is. But, one day, I was working in the library at my school, West Valley High, which lay west of Yakima. — The other boys at WVHS liked to drop flaming material into the library’s book drop. That was their idea of a wonderful time. But I liked working in the library with the sweet, smart girls. — I was sorting magazines, and there, suddenly, was Louisa’s beautiful face, resplendent on the cover of Seventeen. I felt sad, thinking back to our brief, not-so-successful encounter.

This is not actually Louisa. I couldn’t find an image of that issue. This woman (Barbara Bach) looks a little like her.

I’ve always wondered what became of Louisa. If you know her, please tell her “Hi” from the boy who almost had a Coke with her.

[Folks, this is how I imagine the story would go, if I was successful in finding Louisa. Again, this is purely from my imagination.]

Finally, nearly two years after I posted the above story on the Facebook group Page, “Growing up in Yakima Wa”, a fellow member was able to track down Louisa. She shared my story with Louisa, along with my contact information. And, in November 2015, I heard from Louisa via email. We began writing back and forth. And Louisa filled me in on all those missing years. What follows is her story. 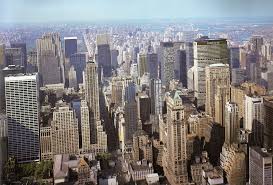 Louisa moved to New York City in 1971, and soon signed a contract with a top-rated modelling agency. She modeled into her mid-thirties. In 1975, she began working with a well-known fashion photographer, whose name was Charles. Louisa and Charles hit it off; they began dating; they eventually fell in love, and got married in 1978. The couple had several children, and the family continued to live in New York. Louisa gave up professional modelling to begin working for various charitable organizations. She did model at the occasional charity event, something she continues to do to this day.

Louisa said that her Charles passed away in 2012, after a short illness. With Charles gone, and her children grown, Louisa decided it was past time to return to her Pacific Northwest.

An old high-school friend of hers was living in Tacoma, Washington. Louisa paid her an extended visit, and, long story short, she returned permanently to Washington State, moving to Tacoma, where she found a nice little craftsman-style house situated near her friend’s residence.

Louisa remembered the day we innocently tried to share a Coke at her aunt’s. She remembered her aunt coming home unexpectedly, and how I was chased out of the house, through the yard, and down the street. She told me it was a good thing her aunt, who was a relatively young woman, didn’t catch me. She said that later, her aunt gave her another of her severe tongue lashings about associating with boys. Louisa said she was finally able to get out from under her aunt’s dominion, and her overly-strict rules, when she turned 21, and made that move to New York, where she ramped up her modelling career.

Louisa’s aunt had always told her just how despicable boys were. And then, in 1975, she met Charles. She said he was, without a doubt, the kindest person she was ever blessed to meet. She said she mourns the loss of her one true love to this very day. – I know what she means. I miss my late wife tremendously.

After emailing back and forth for about a month, Louisa and I agreed to meet up in Seattle. Since she had a car, and I didn’t, she was fine with making the drive from Tacoma, to my neck of the woods. We thought it would be a fine thing to be able to finish what we stared way back in 1965, on a hot summer day in Yakima.

Well, Louisa and I met in early December at an iconic Seattle dining spot, a place that’s been around seemingly forever: Dick’s Drive-In. There we sat on one of the burger joint’s unpadded benches – a fashion model and a vegetarian writer, for an hour, visiting, marveling at how fast fifty years went by, and drinking…. Coke! — I stopped drinking soda in the 1990’s. I guess my taste buds just changed. But I have to tell you: that was the best Coke I ever drank in my life.